On July 1, David Wippman will become Hamilton’s 20th president, succeeding Joan Hinde Stewart, who will retire after 13 years. Wippman is an expert in international law who comes to the Hill from his position as dean of the University of Minnesota Law School and the William S. Pattee Professor of Law.

Faculty, students and staff packed the Chapel to get a glimpse of the new leader in December when Stephen Sadove ’73, Board of Trustees chairman and presidential search committee co-chair, introduced him to the Hamilton community. In the midst of Wippman’s whirlwind visit to campus, he made time to do an interview with Phoebe Greenwald ’16 and Caleb Williamson ’17, who were part of the 18-member search committee. Wippman told the students they had played a role in his decision to pursue the Hamilton position.

“You talked with such passion and commitment about the College, and I thought, ‘Wow, if Hamilton students are like this, that’s where I wanted to be,’” he said. “It is a small, intimate, engaged learning community, and you can’t replicate that on a huge campus.”

He also said that in the last year he’d reached an “inflection point” in his career that got him thinking about his future. “And I realized that if I’m going to be working 24-7 as an educator, which is really what you do in these positions, then I wanted to do it in service of the best educational model I could find. And I really think that’s what Hamilton provides. It really is the gold standard,” Wippman said.

Wippman has had a distinguished career as an academic and an attorney. Before his work at Minnesota, he was vice provost for international relations at Cornell University, associate dean of Cornell Law School and a professor and associate professor at Cornell Law. In 1998-99, he served as a director in the National Security Council’s Office of Multilateral and Humanitarian Affairs. There he helped formulate U.S. policy on war crimes, the International Criminal Court, economic sanctions and United Nations political issues. He has written or co-written four books on international law.

During Wippman’s nine years practicing law in Washington, D.C., he focused on international arbitration, political consulting on public and private international law issues and the representation of developing countries in litigation. Before that he clerked for the Honorable Wilfred Feinberg, chief judge of the U.S. Court of Appeals for the Second Circuit.

When Sadove introduced Hamilton’s next president, he said Wippman’s intelligence, warmth and enthusiasm for the liberal arts elevated him from a strong field of candidates. Search committee co-chair and Trustee Robert Delaney ’79 cited Wippman’s wealth of relevant experience at Minnesota, where he led the community in developing a shared strategic vision, revamped the curriculum, raised the school’s profile, improved the student body’s diversity and academic credentials, quadrupled financial aid and secured new revenues to support the work of students and faculty.

Students take to the campaign trail

Students in Professor Phil Klinkner’s Presidential Nomination Politics class spent the fall semester discussing the development and dynamics of the presidential nominating system. Then they spent a portion of their winter break in the trenches living it.

To balance traditional coursework, students earned half of the course’s credits by volunteering on a presidential campaign. Whether their political views aligned with the candidate’s or not, students worked hands-on with voters, campaign organizers and volunteers, fully engaging themselves in the process.

One of those students was Brian Ferrell ’16, who ventured to Iowa to work on Jeb Bush’s run for the presidency. Having always considered himself a Democrat, Ferrell was admittedly apprehensive about working on a campaign that championed views he felt would differ from his own. Constantly occupied during his long days at the office, he worked intensely on the phone bank speaking with potential voters and volunteered at one of Bush’s town hall events.

“While I did not agree with everything I heard, my major revelation was how much I was able to learn just by speaking with people,” Ferrell said. “Going into Iowa, I had already solidified my stance on certain issues without ever listening to what those on the other side had to say. Now, I am not a converted Republican, but I do plan on re-registering as an Independent.”

Mike Verostek ’16 was thrown into the midst of Hillary Clinton’s campaign as soon as he arrived in New Hampshire. “I arrived on a Friday, and the campaign organizers responsible for overseeing incoming volunteers would typically have held a formal training,” he said. “Yet with their most important event of the election cycle happening just three days following my arrival in Nashua, there was no time.”

That event was former president Bill Clinton’s appearance at Nashua Community College. Verostek was immediately stationed on the phone bank to drum up attendance. The day of the speech, he served as an usher where he had the chance to interact with many of the 700+ attendees. He spent the rest of his experience in a door-to-door canvassing push. While he did not always have a pleasant experience with community members, he did learn a lot during his nine days with the Clinton campaign. “Between having voters shut their door in disgust at the mere sight of my pamphlets and talking to other voters for over half an hour regarding the intricacies of New Hampshire politics, [I gained] a unique experience that a classroom lecture could not have replicated,” Verostek said.

Ferrell agrees that he learned things he never could have through reading textbooks or even engaging in classroom discussion. His biggest takeaway from his time in Iowa was experiencing the polarization that exists in American politics. “Although many of the Republican voters I spoke with indicated that their major concerns were issues like securing the border, defeating ISIS and repealing Obamacare, there were many who also shared common ground with Democrats in that they wanted to see politicians more willing to work together and end the political stalemate in Washington, D.C.,” he said. “In order to make this happen, we need more cross-aisle discourse, open minds and open ears.”

Everson Hull, the ambassador to the Organization of American States for St. Kitts and Nevis, visited College Hill in February and provided some inside information to a crew of students about to embark on a working spring break in Nevis. Hull briefed the group on the West Indian islands’ politics, education system and economy and posed next to the statue of the College’s namesake. The 36-square-mile Nevis is, of course, the birthplace of Alexander Hamilton.

The nine students and two faculty members who traveled to Nevis are part of Global Outreach Hamilton. They spent about a week on the island, working with nonprofits that try to steer local youth away from gang culture. The volunteers made time for a field trip to the site of Hamilton’s birth and to meet with community members to forge connections between the island and the College. In that spirit, the Alumni Review gathered a few facts about the place where its favorite founding father spent his earliest years.

In a remote corner of Nepal, 23 villagers have new jobs that have boosted their average income by 75 percent. They’ll see their earnings rise again with the spring harvest of the medicinal herb Swertia. Behind these success stories is Nepal native Sharif Shrestha ’17, who used funds from a 2014 Levitt Center Social Innovation Fellowship to initiate a cooperative farming program.

For that effort, Shrestha was one of only five students invited to present a project at the opening plenary session of the annual Clinton Global Initiative University, which took place in April at the University of California, Berkeley. More than a thousand students attended the conference that provides a forum for young people to explore leadership and solutions to pressing global problems.

Hamilton was well represented at the gathering: seven of its students were selected to take part. Besides Shrestha, they are Aleksandra Bogoevska ’17, Andy Chen ’16, Leonard Kilekwang ’16, Alexandru Hirsu ’17, Emily Moschowits ’16 and Tsion Tesfaye ’16. This is the second consecutive year Shrestha, an economics and biochemistry major, and Tesfaye, a math major, have participated in the event.

Shrestha’s project, Herbs Cooperative for Economic Empowerment, established cooperative herb farms in two rural Nepalese villages with the goal of reducing poverty and gender inequality in the workforce. Herbs for Change is a team project that has built six farms and plans to use the Global Initiative University network to crowd-fund the project’s growth. The cooperative is working to become sustainable and independent and to form partnerships with similar initiatives. Some of the harvest revenue will be invested in local schools being built by United World Schools.

“For CGIU to recognize our hard work and social impact definitely is a huge achievement for me and my team,” Shrestha says. “Personally, having worked on this project for two years now, this news only makes me work harder to maximize my impact. This is a great platform for us to spread our mission statement to inspire others in similar areas to capitalize on local resources for maximum and sustainable impact.”

Tesfaye’s work, too, was singled out at the conference. She was asked to present her project — an academic and leadership program called Youth for Ethiopia — during a skills-building session. The native of Ethiopia also started the project in 2014 through a Levitt Social Innovation Fellowship. Her project grew from 15 students the first year to 37 in 2015. 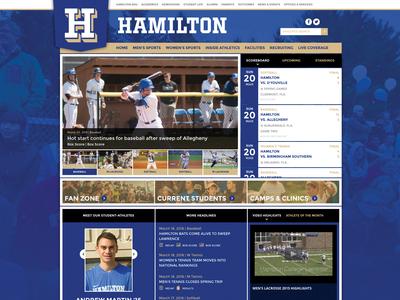